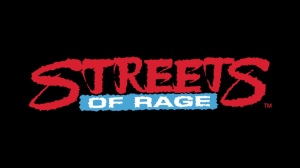 Retrorevisited is a stream series where I revisit a game or a game series I haven’t played in over 10 or 20+ years. I’ll go through to try see what I remember until a game over or I run out of continues. In some cases muscle memory may slowly return, in others probably not. This is a chance for me to revisit games of my youth that I still have or had at one point, playing them with and without nostalgia goggles, and do with mini-reviews of them too. If I decide to play any fully later and do a full review, parts of the mini-review would be incorporated into it. Depending on the playstyle or system, games reviewed will either be mini-reviews or one about all games in this session.

The Streets of Rage games were Sega’s answer to brawlers on the SNES like the Final Fight series. Sporting great graphics and music and action, the games depict a team of ex-cops and friends fighting to save the city from the criminal organization run by Mr. X. Each character has their own move sets and stats in all 3 games. The three games of the Genesis trilogy were all released on the Genesis between 1991 and 1994, along with some Sega Master System and Game Gear ports, and included and various Sega collections. a 4th game was released for Windows and modern systems in 2020.

I never really played the SoR games until 2, and I still love it to this day. The music is some of my favorite of the 16-bit era, the graphics and gameplay are fabulous and it’s one of my go-to brawlers. I never fully played SoR or the hard SoR3, but plan to sit down with them in the future.