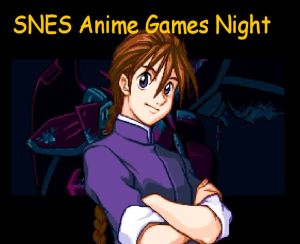 I’ve been a big anime fan for a long time, though I’ve lessened my consumption over the years off and on. Grew up on Transformers, Voltron and Robotech. My first modern anime being Sailor Moon, then got into it more with DBZ, Gundam Wing, Bleach, One Piece, Attack of Titan, and more. The NES and SNES had a large assortment of games related to various anime encompassing various genres of fighting games, brawlers, rpgs, and shooters. This Theme night I decided to give a handful of games a try, a few I had played in the past, some of them new to me. A few of these will be added to my longplay lists, like the rpgs and possibly some of the action titles! With the exception of Mazinger Z, all games are translated. UN Squadron and Ranma 1/2 hard battle US releases.