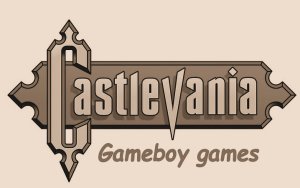 I never really sat down with any of the Castlevania Gameboy titles before past or present, so I figured October would be a good time to round out playing all the CV games between the console, Gameboy and the gba titles, I had done the Nintendo console titles as a Castlevania Retrorevisited, streamed the gba titles to show them off, and did full reviews of them last year. I tried out Castlevania Adventure 1 and 2, the often hated Castlevania legends, and the spin-off Kid Dracula.

All games played with normal SGB color enhanced improvements on Retroarch. It’s worth noting that in Europe the GB Konami Collections vol 1 and 4 had Castlevania Adventure 1 and 2 in full color. For the sake of the reviews I played the normal versions, but at the end of these mini-reviews, I’ll show some screencaps of the ports for the Konami Collections.

CASTLEVANIA ADVENTURE: Being the first Gameboy Castlevania title, this one is pretty tough and rough around the edges. Some new mechanics different from the console games include powering your whip up with crystals, but loosing strength for your whip is you get hit by enemies. Hearts show your life and you can find more in candles, and there’s none of the famous sub-weapons. Stages range from forests to saves to Dracula’s Castle and enemies are the usual Castlevania types. I do like the rolling eyeballs and the graphics for when they explode. Boss fights are tough and hit boxes for enemies are oddly placed. Music is good too, and the graphics and backgrounds are at least well done. Instead of sub-weapons you get coins that give you points. 2.5 OUT OF 5 STARS!

CASTLEVANIA ADVENTURE 2: Now this feels like a real Castlevania title! You start out with a chose between 4 castles before going to fight Dracula, each castle with their own designs, layouts and geographical traps. No real difference between the 4 in terms of difficulty so you can go any order you want, and save progress via a password. Axe and holy water sub-weapons return and you don’t lose whip power when getting hit by enemies this time! Great looking graphics and music really make this one an improvement over the previous game. Enemies are fair and not difficult with interesting boss fights in each castle. 3.5 OUT OF 5 STARS!

CASTLEVANIA LEGENDS: This is the infamous title that few people wanted, and was taken out of continuity when Lament of Innocence was developed since Sonia wasn’t the first Belmont. That said it’s really not as bad as people make it out to be and has some interesting levels and enemies. you can start with an easy or normal mode, easy mode your whip stays powered up and you can shoot fireballs, normal you’ll need to upgrade after a death. Get the special items to see the secret ending too! The levels are quite long and drawn out, and some of the platforming is annoying where you’ll have to take damage due to enemies. beating a boss gains you a special ability that consume hearts that you can switch ranging from killing minor enemies on screen, restoring all your life, or stopping time. I did enjoy this one though it does have some issues and it’s worth giving a play! 3.5 OUT OF 5 STARS!

KID DRACULA: This one is a spin-off of the Castlevania series and actually a sequel to the Famicom title that never came out in the States. This game sports large cute graphics and music, enemies being cute versions of normal Castlevania enemies, new and different bosses and even more! Kid Dracula has different abilities earned after boss fights like turning into a bat and stronger attacks. Defeat enemies with a charged shot to earn coins for bonus games between levels to get more lives! This game is a lot of fun even if you never played the Famicom title or in the Castlevania Anniversary Collection! Game isn’t very difficult, but there are tricky sections with platforming and enemy placement. 4 OUT OF 5 STARS!

CASTLEVANIA ADVENTURE 1 AND 2 FROM EURPOEAN GB KONAMI COLLECTIONS VOL 1 AND 4: