Final Fantasy 4 Free Enterprise is a different kind of randomizer. This turns the world of FF2/4 into an open-world rpg/scavenger hunt type game. Right at the start you have the airship and can go anywhere you want and do whatever you want. The catch is you start with 2 random heroes from the game, and the boss fights and acquisition of key items are randomized. Where in the normal game you would fight the Mist Dragon in the Cave of Mist you may run into one of the 4 elemental fiends instead! Where you would normally obtain the package at the start when Cecil and Kain leave Baron Castle you might end up with the Magma Key to open up the Underworld! Going to the website (linked below) you can see the latest version, and joining the Discord to see what all the latest updates are.

Your goal is to find or buy an item called the Pass, which when given to a woman in Toroia, takes you to the Moon right to fight Zeromus instead of going through the lunar dungeon. of course you could do that. Or set a flag to finish the game with the Giant of Bab-Il.

END_OF_DOCUMENT_TOKEN_TO_BE_REPLACED 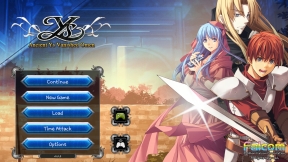 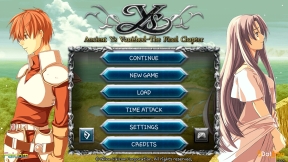 Y’s 1 and 2 Chronicles are the modern remakes of the classic action RPG Y’s 1 and 2, originally released for the PC-8801, MSX, Famicom and Sega Master Systems during the 1980’s by Nihon Falcom. Chronicles 1 was released for mobile in April 2015, with 2 coming out February 2016.  for It became a cult hit when the enhanced remake was released for the TurboGrafx-CD in 1989. The mobile editions were produced by Dotemu, and are based on the Y’s 1 & 2 Chronicles Playstation Portable enhanced remakes. Y’s 1 and 2 begin the adventures of the red-headed Adol Christin, a man who lives for adventure and always finds himself discovering lost civilizations, fighting demons, having women chase after him, and battling wannabe Gods. Y’s is a popular series with the original games on various systems, and some not released in other countries translated (like the Super Famicom/SNES titles), and were later given enhanced remakes of the original games, as well as continuing the series on modern systems.

The mobile and PSP remakes include an option to play in Complete or Chronicles mode, which really only change the character portraits from an old JRPG style to a more modern anime style, only available when you start a game. Another new option is changing the music from the Chronicles, Complete to the original PC-8800 editions. You can play Y’s on easy, normal, hard, or nightmare modes. All of which change the amount of damage Adol can inflict and receive from enemies. Nightmare mode does exactly what it says on the tin. A time attack for the boss fights is an option after finishing the game too.